The Roman Baths are in Bath.  Makes sense, since that's how Bath got its name!!  The baths are an amazing feat of engineering and very ancient, having been built around 60-70 CE.  The Romans found a hot spring at the location of Bath, and built a building and system of pipes to channel the water to the large pool.  There were steam rooms off to the side.  All that's left of the steam rooms at this point are piles of stone  which held up the floor.  Fire and coals went underneath the flooring to provide the steam.  Roman culture was definitely civilized!

This is also where people during the Regency era when to "take the baths".  The pump room, famous in Jane Austin and other Regency novels, is located at the baths.  We didn't eat at the pump room, but did wander around Bath! 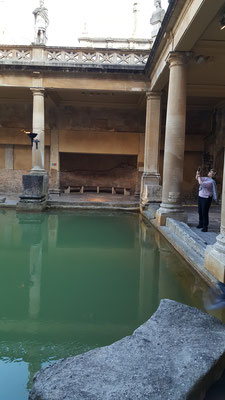 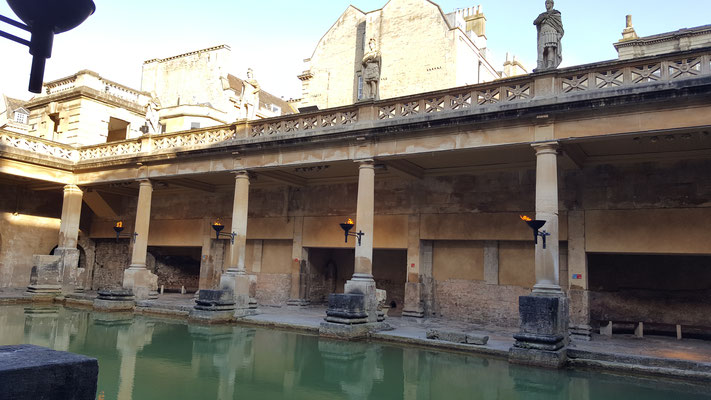 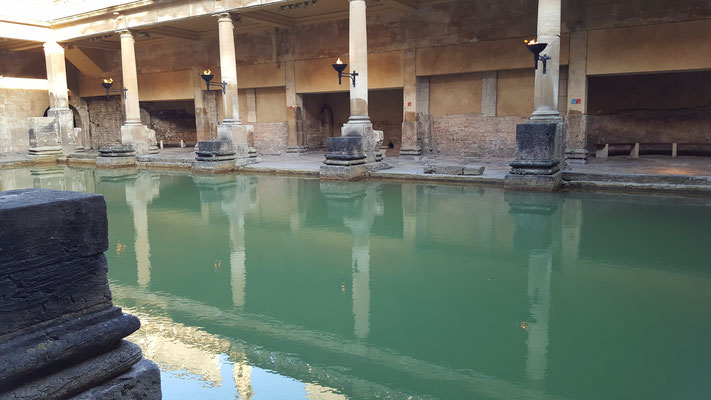 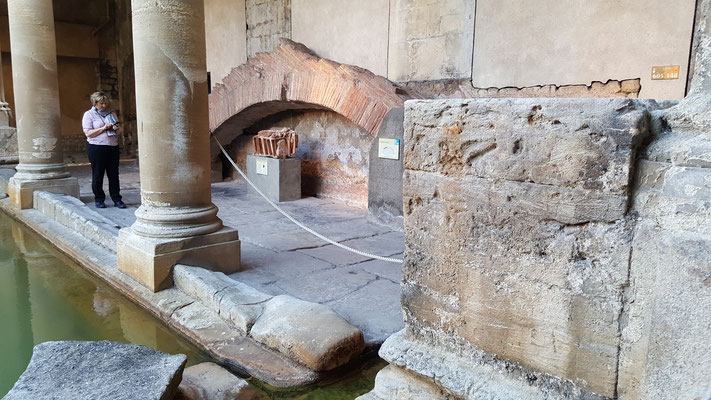 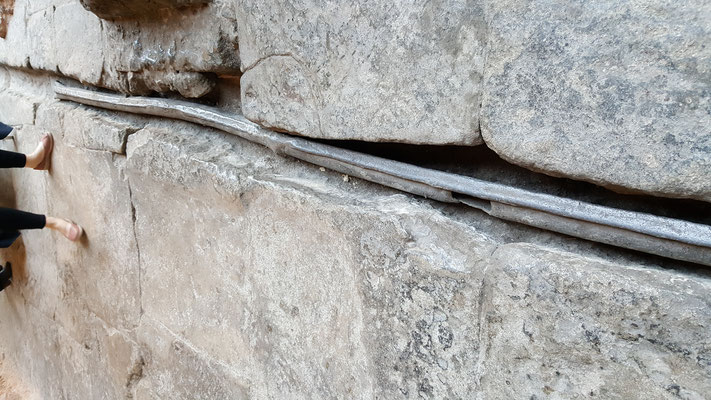 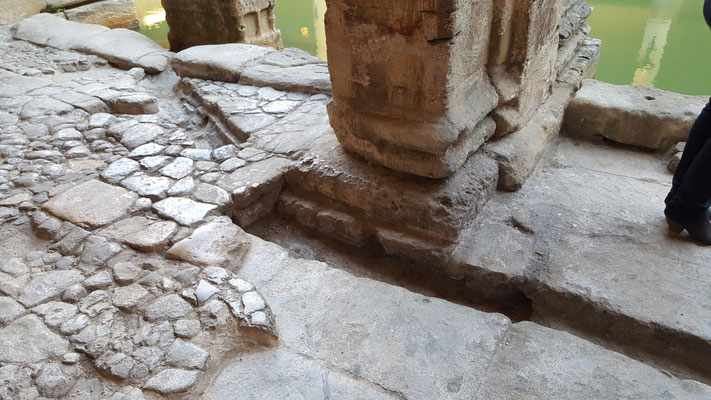 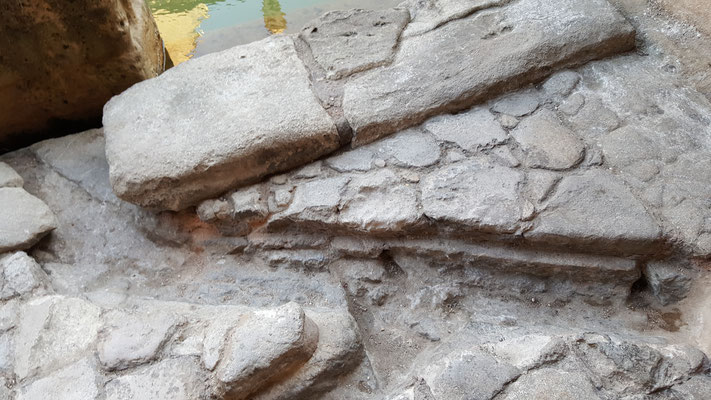 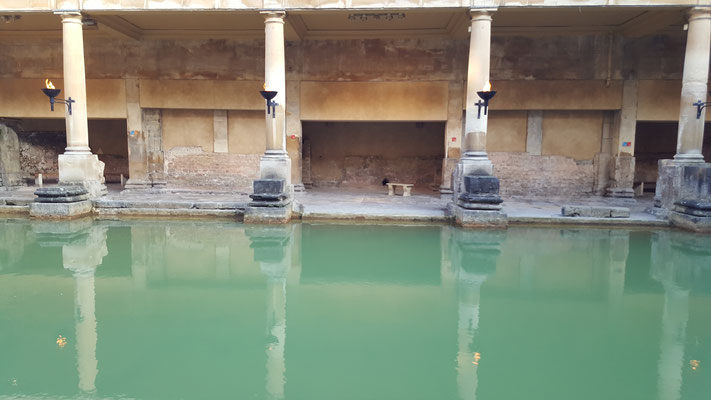 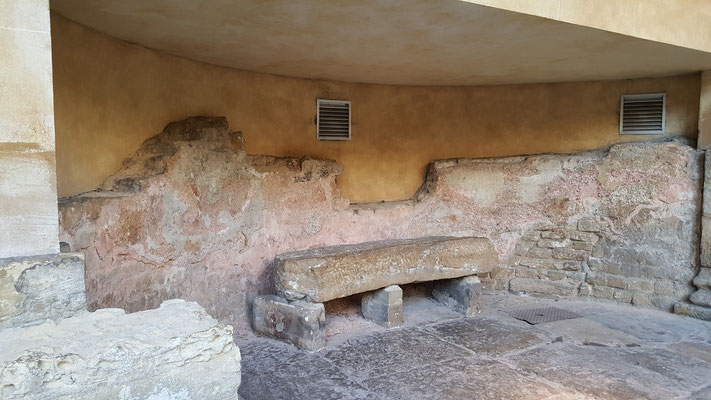 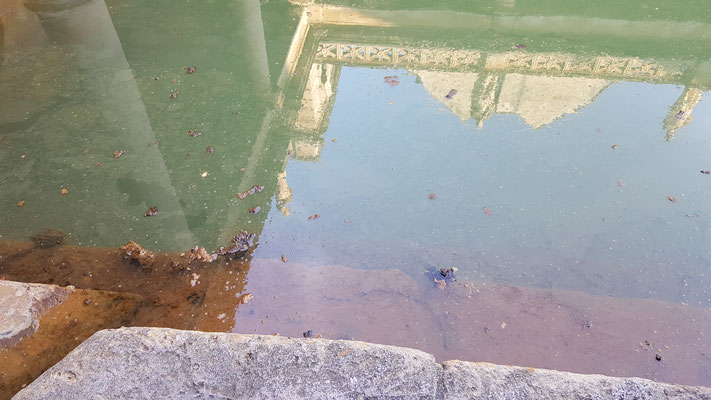 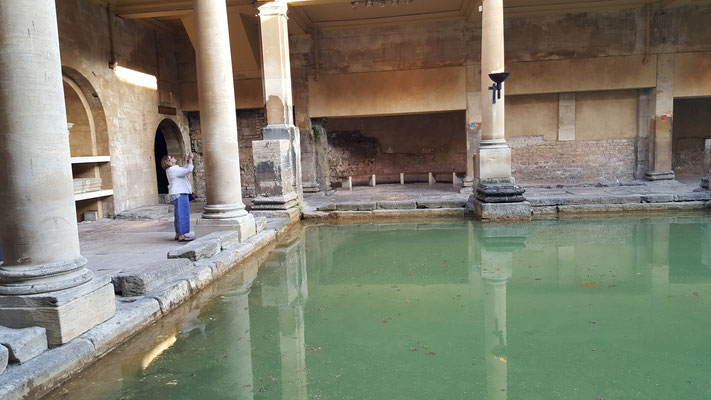 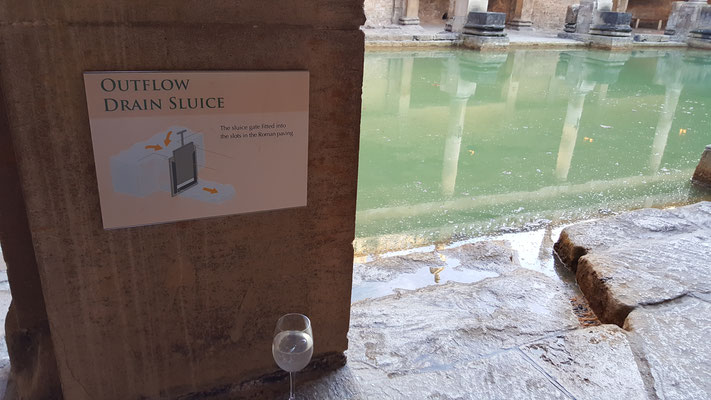 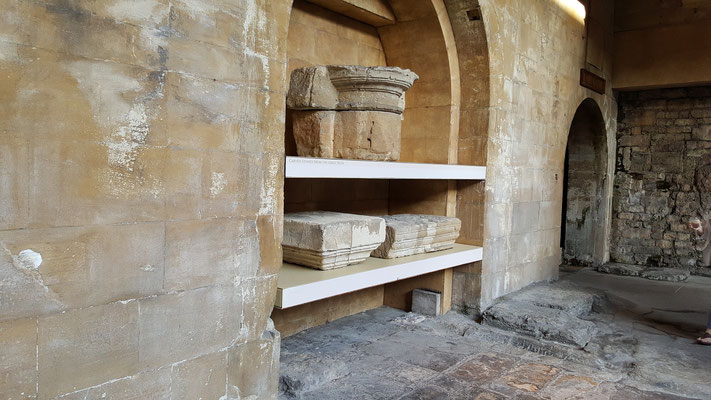 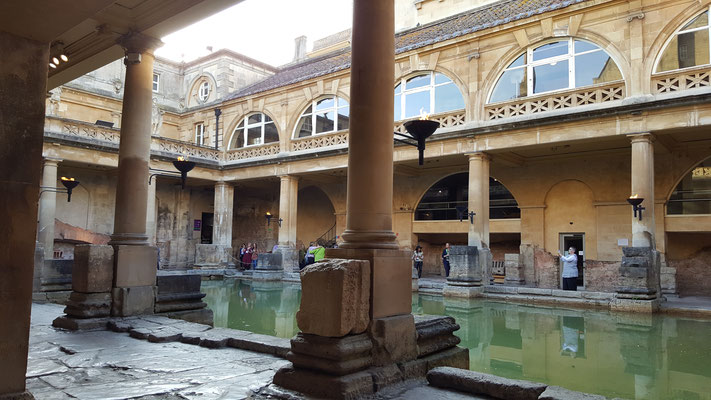 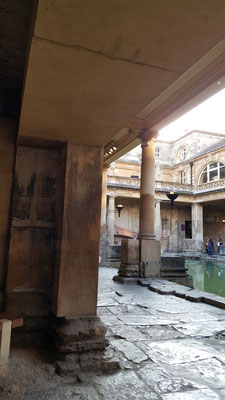 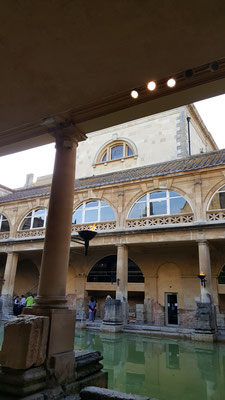 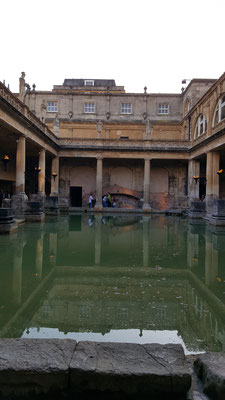 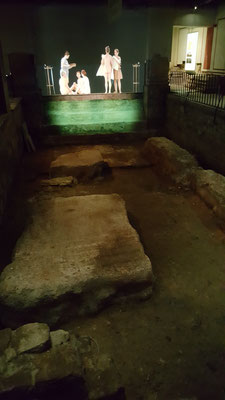 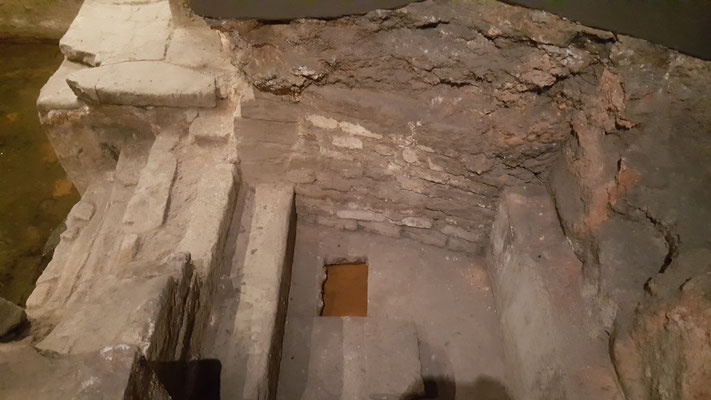 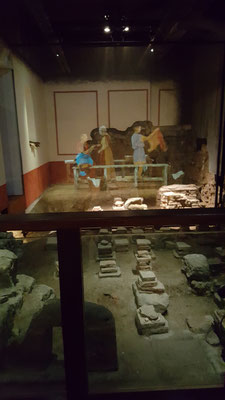 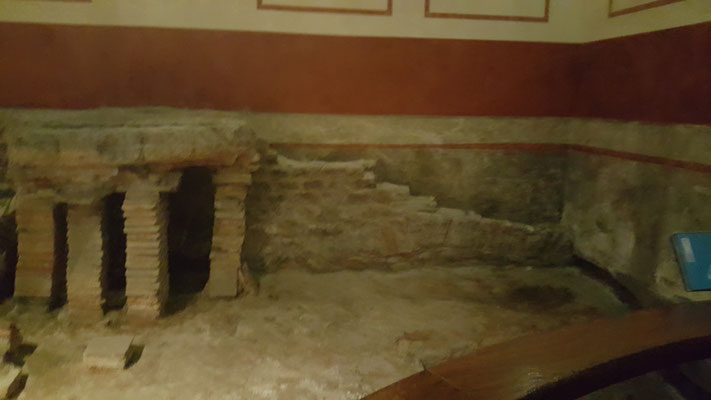 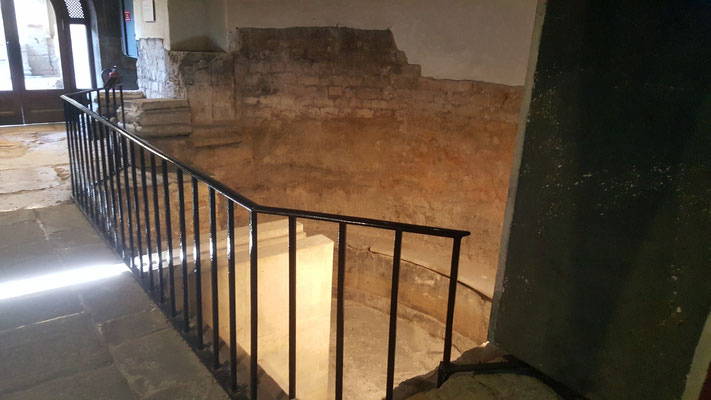 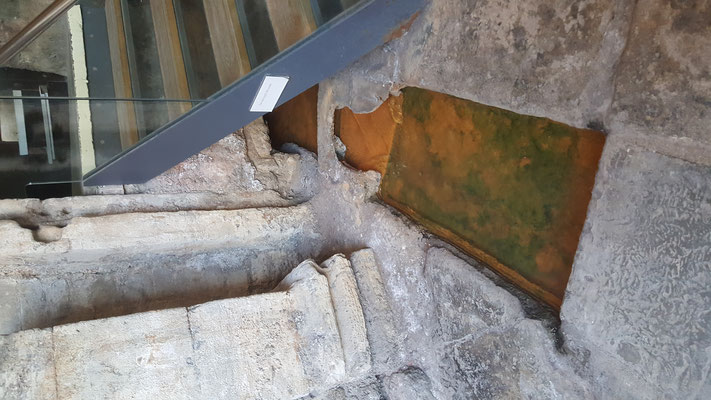 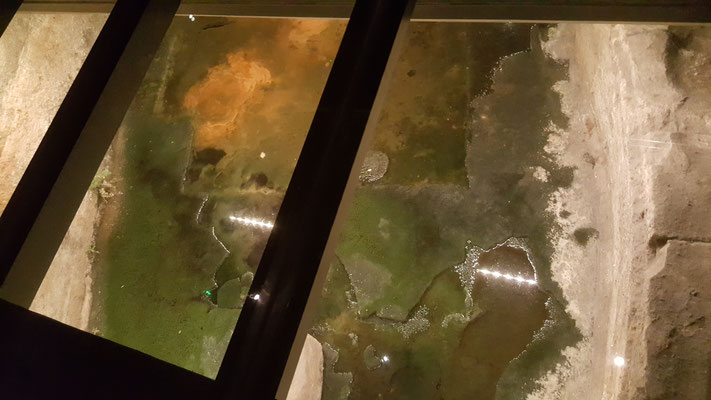 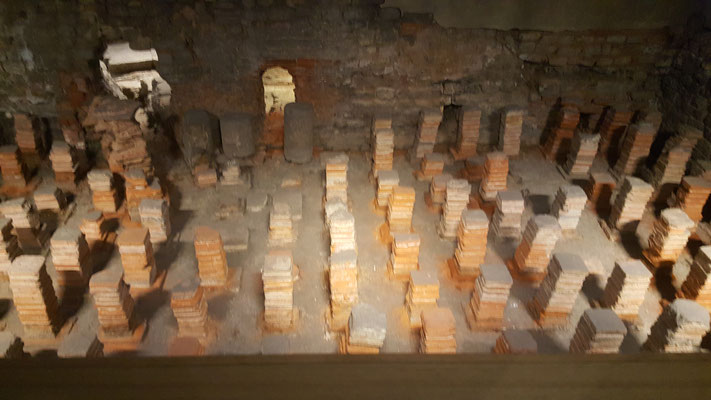 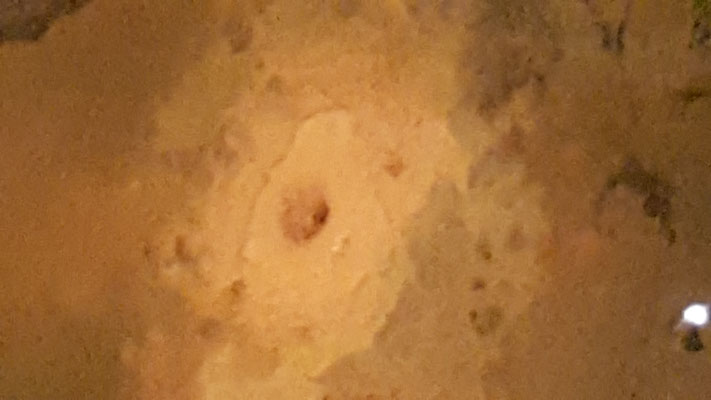 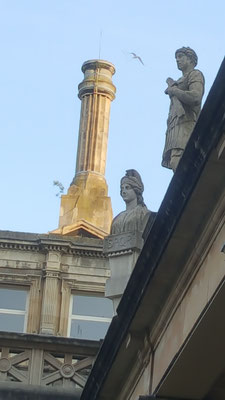 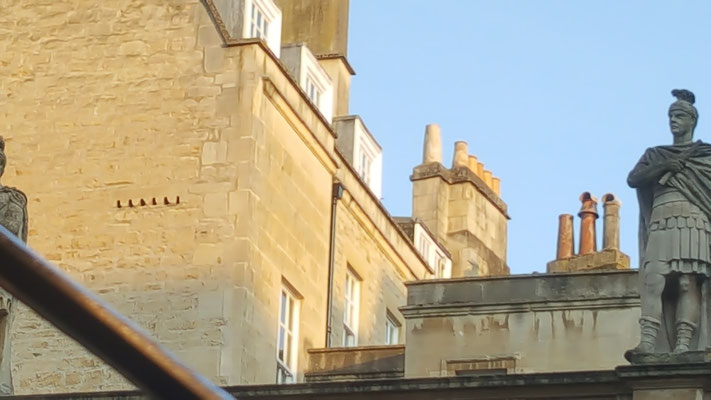 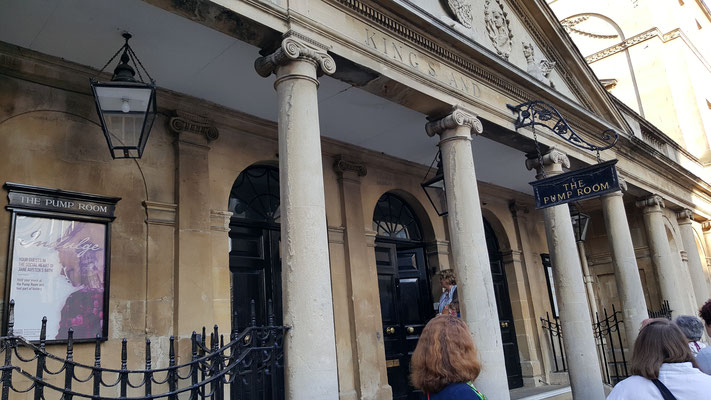